Free Ground Shipping within the US Continential States 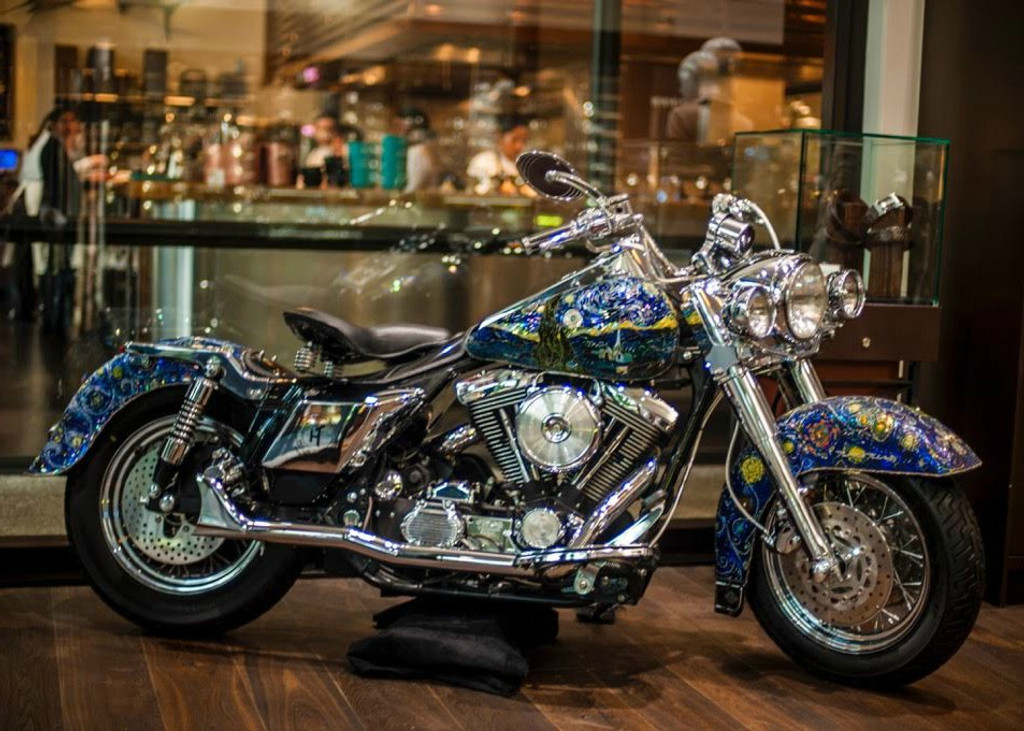 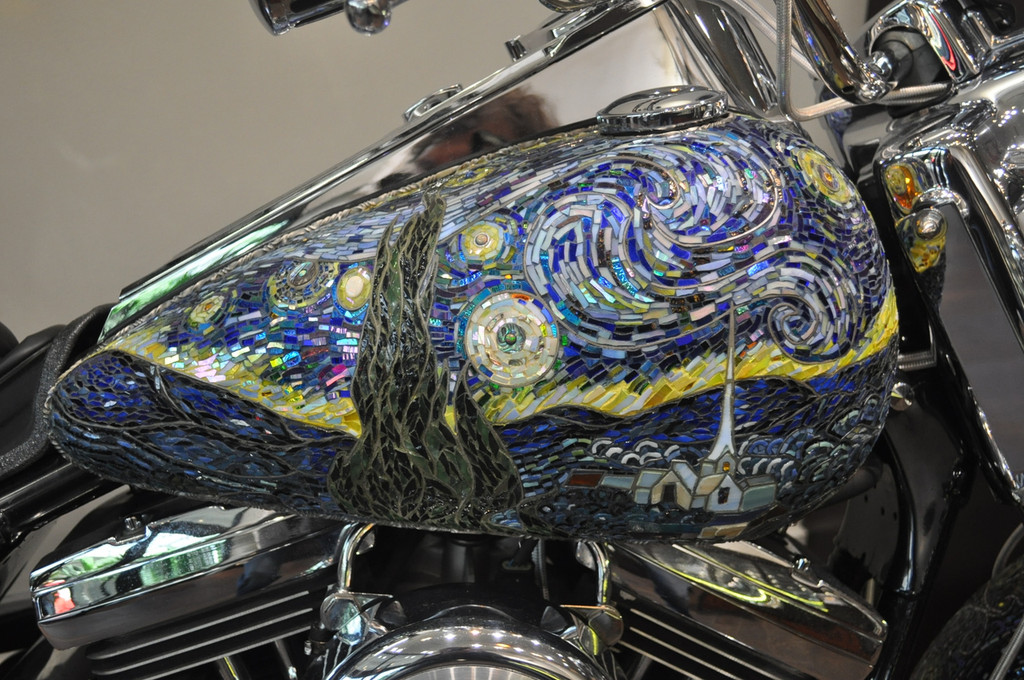 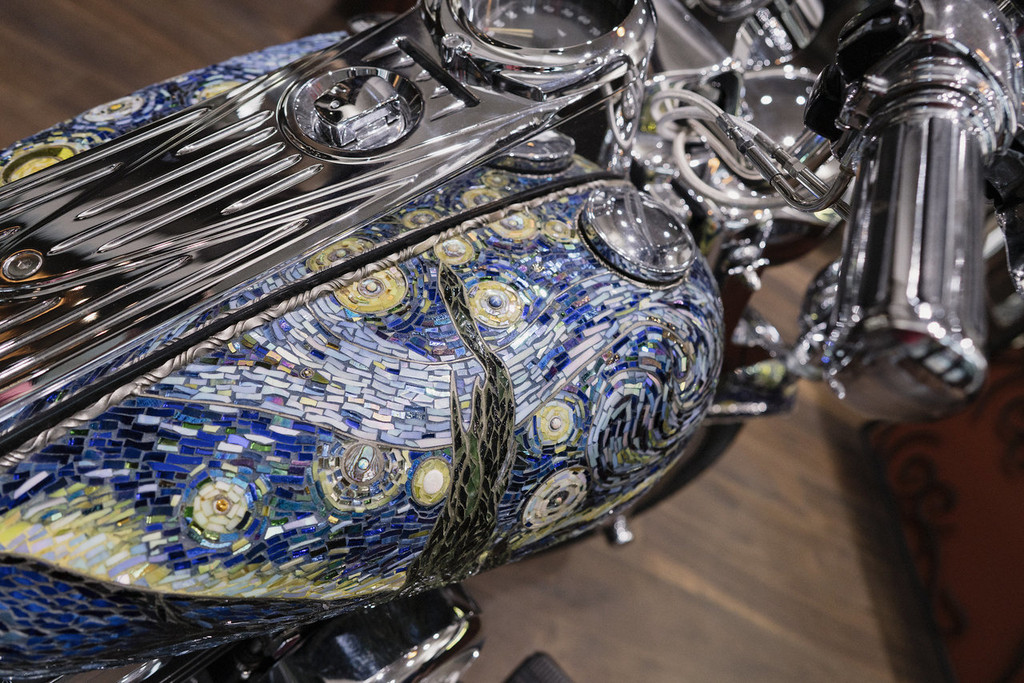 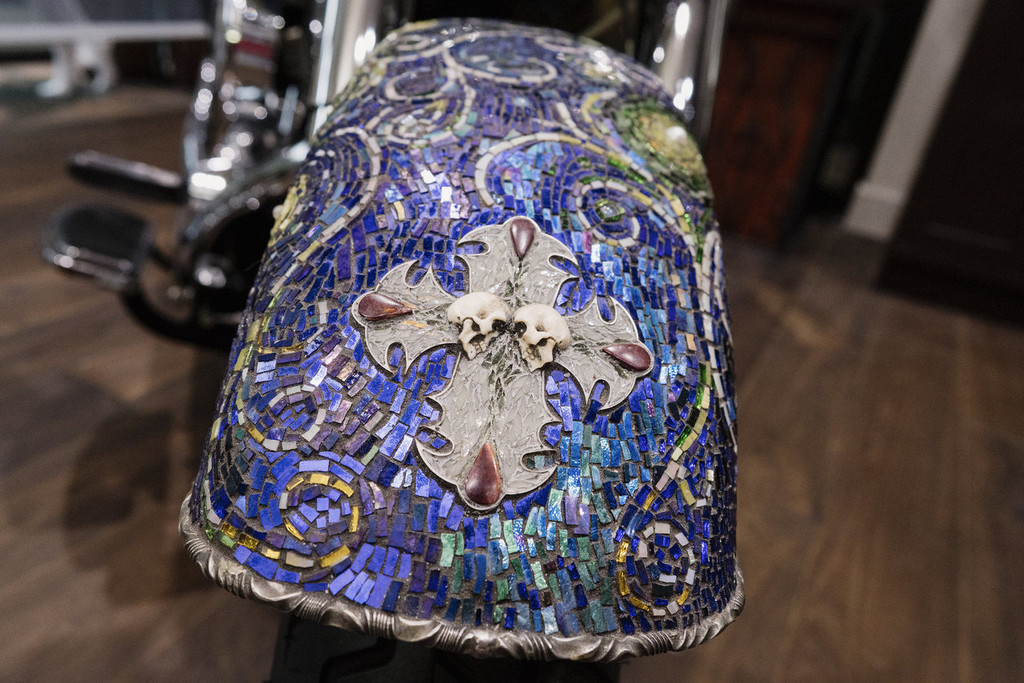 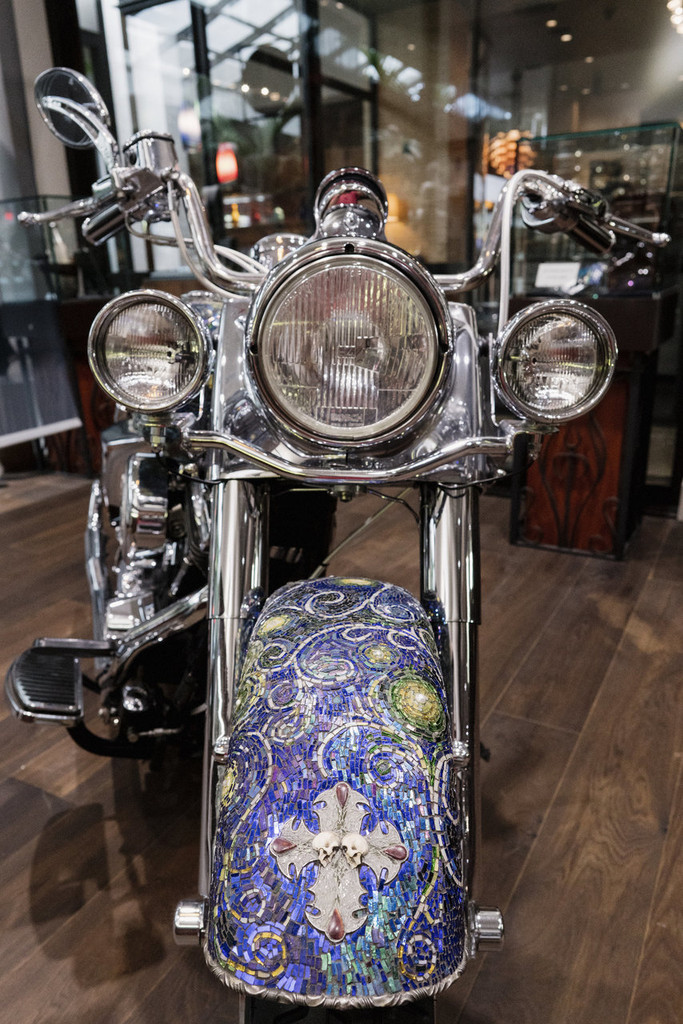 Vincent Van Gogh's painting The Starry Night has captivated art lovers for well over a century.  It depicts the view from the window of his asylum at Saint-Rémy-de-Provence, six monthls following his meltdown that resulted in famously cutting off his left ear.  His year in the asylum resulted in the creation of some of his best-known works.  He painted several views from this same window in a variety of weather conditions and times of day but The Starry Night was the only view captured at night.  The brightest star in the painting is actually Venus, which astronomers have determined would have been visible in Provence that spring.  The Starry Night is considered by scholars to be visionary for its time and an expression of Van Gogh's tortured mind.

The Harley-Davidson has a rich history and has been an important part of Americana for close to one hundred years, born of a generation less than 30 years after The Starry Night.  The rebellious image of the Harley rider was idolized in fifties and sixties movies such as The Wild One,” “Dragstrip Riot,” and “The Wild Angels.”.  The movie "Easy Rider" with Peter Fonda and Dennis Hopper became a counterculture cult classic.

The blend of a visionary, tortured painting with a visionary, rebellious yet classic motorcycle design is expressed in this one-of-a-kind collectible, encrusted with glass mosaic and precious gems.  The process of making mosaics hasn't changed significantly since ancient Greece.  Mosaic is a decorative art medium created by setting small pieces of glass, marble and gems onto a bed of adhesive to form patterns on the surface.  During the era of Byzantine art, renowned designs were created to adorn the walls of churches and nobel homes.  Today mosaic is studied in the best art schools of America and Europe.

Sorry, there are no reviews for this product yet.